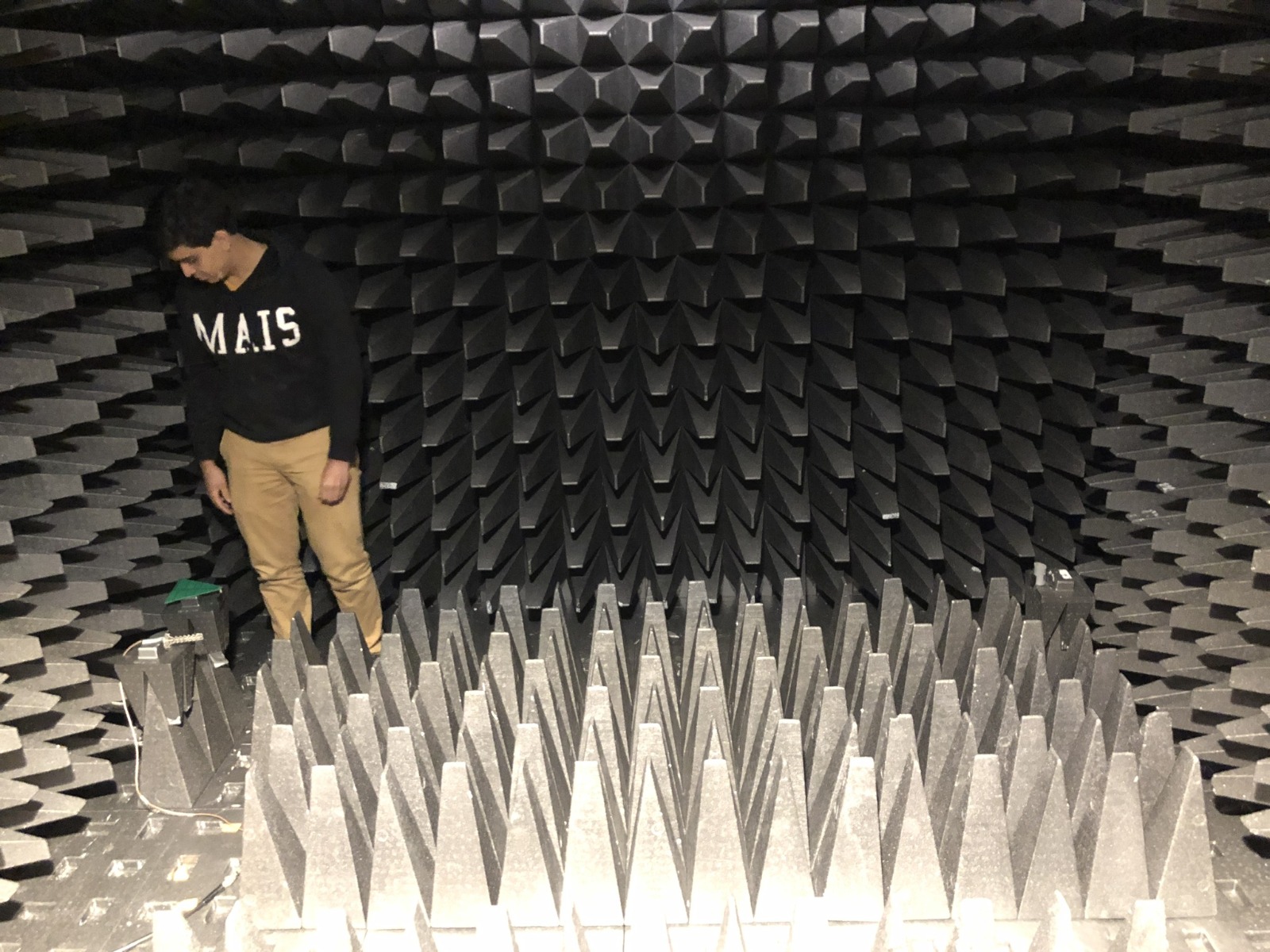 In July, Suyash and Stijn worked on a case for the Radio Systems (RS) Research Group. The goal of this case was to measure the performance of a harmonic tag. A typical harmonic tag is a passive battery-less transponder which can absorb the energy of a received signal and then produces its replica at the double frequency. These tags are used in such applications as wildlife tracking, wearable sensors, and industrial monitoring.
The Radio Systems research group has developed such a tag and wanted to test the characteristics of this tag. Suyash and Stijn helped Radio Systems by first planning and preparing a measuring setup, after which the measuring setup was built in an anechoic chamber (see picture). The next 3 days were used to measure the characteristics of the tag.
In the end Suyash and Stijn enjoyed doing this research and Radio Systems was happy with the performed measurements!